A personal take on prejudice in Remote Year’s inaugural group.

Having a strong mindset against discrimination didn’t prevent me to experience a bit of prejudice in Remote Year. And it was not easy to digest.

My initial idea was to publish something lighter today, share a little beauty tricks I’ve been learning on the road or a bunch of images from Sri Lanka… But, early on, I came across a series of bitter memories of my experience in Remote Year – since I read the story of one of my colleagues from the group, Haseeb Rabbani. He wrote about the reasons that motivated him to leave the program at the end of the third month, including one of the themes that also influenced my decision to start traveling alone: PREJUDICE

Hasseb, a Muslim Pakistani-Canadian, defined himself as “brown” and mentioned how he felt the stigma of Islamophobia – something quite unfamiliar for me, since Brazil was never affected by the kind of terrorism that people in some countries fear so much. And I always hung out with friends of diverse colors&flavoursin São Paulo. To be honest, it took me a while to identify that awful taste I refer in the title was actually caused by social and racial prejudice. But, yes, the blondie here was switched into underclass “Latino” and had to swallow a bit of that glop:

The thing is: you can’t just “add some” diversity on top like sprinkles on your McSundae. It has to be engrained in the culture and the mindset from the start – Haseeb Rabbani

The lack of diversity was one of my first disappointments on #1 Remote Year. I enrolled in the program expecting to be part of a travellers community with people from different nationalities, professions, ages… bringing diverse perspectives and backgrounds to the experience. What I joined, instead, was a largest group of Americans, some foreigners living for years in the United States and just a few outside of this scope. And worse, soon I got those high-school vibes that Hasseb mentioned – my slight idea about it came from the movies I actually DON’T like to watch. So, at some point I saw myself more like the maid with 2 or 3 Spanglish lines (just to make my point with another movie cliche) than the well connected person I am, even among rich and famous people in Brazil.

I can’t say I didn’t noticed that some of the participants kept a cordial distance since the beginning, but I assumed it was simply due to their genuine behavior or personal impressions. By that time, most people seemed to be overly excited with me and I couldn’t understand why. So, I might have been somehow blasé… After all, I’ve never heard my name called out loud on the streets as much as it happened on the first month of RY in Prague. It was weird enough just listening it with the American accent and all the syllables pronounced (not just the usual Fê or Nanda, as Brazilians tend to do). Plus, they repeated Fer-Nan-Da with the same sparkle in the eyes that I noticed later when they said “Bali” (over rolling the tongue and sounding like “bóul-lee”) – as if meeting a Brazilian stylist sounded as exotic as the Indonesian island.

Past my initial shock, I was able to make a few good friends and keep connected to colleagues with mutual affinities, like Haseeb. If I could represent them all in a pizza chart, it would have a bunch of colored pieces (ok, for those who like labels, I’d say it includes black, brown, yellow and purple, among other tones). The American “white elite” would also be there, in a thin slice of very cool and caring people.

In the other hand, those who consider themselves as “the last piece of the Swiss cheese” weren`t part of my pizza ingredients, since they wouldn’t mix with a broke chica. We surely had opportunities to mingle – staying in the same workspaces and accommodations provided by the program, exchanging a few words in restaurants or tours – but the sense of voluntary distance remained. So, after a certain time, I also preferred it like that. Finally, those who seasoned their prejudice with a pinch of good intentions didn`t make me feel any better with their condescending attitude.

In his sincere and ultra complete blog post, Haseeb presented some statistics that are proportionally inverse to this imaginary pizza I’d just delivered here. According to his numbers, the ones who represent the most part of the selected to RY #1 were exactly the minority in my circle of relationships. I spent more time than Haseeb with the Remote Year group  and still had no emotional detachment to dig the deepest layers of this experience. But I longed to open up about it since I finished reading his post.

Not that I ever noticed frightened looks towards me, as he did. The first time I experienced a similar vibe was within the community. Something subtle but evily powerful. As if an invisible barrier would be separating me from other people, with no visible reasons to keep me out. It took me a while to admit this was happening and as how uncomfortable was standing in that side. First I was confused by feelings of guilt, insecurity, denial. I had doubts about my own instincts and thought it could be just an ilusion… It wasn’t.  That’s why I decided to write this all. With a brief sample, I felt really sick with the taste of prejudice. 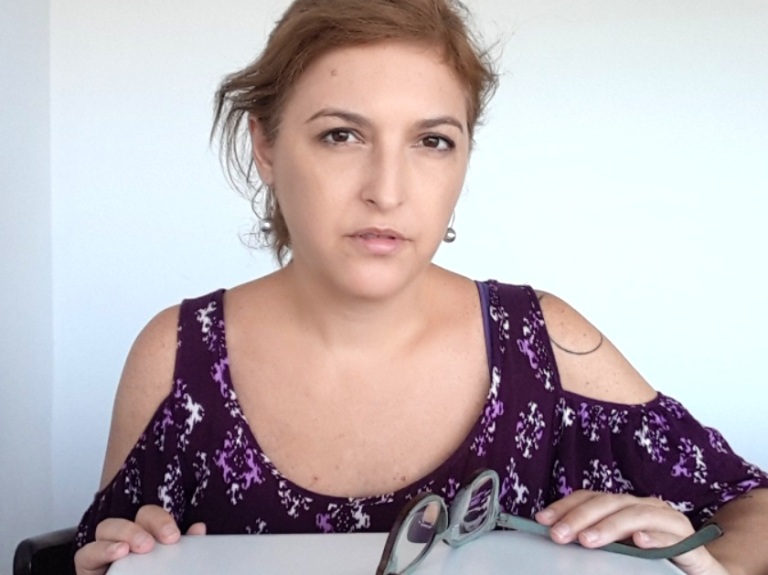